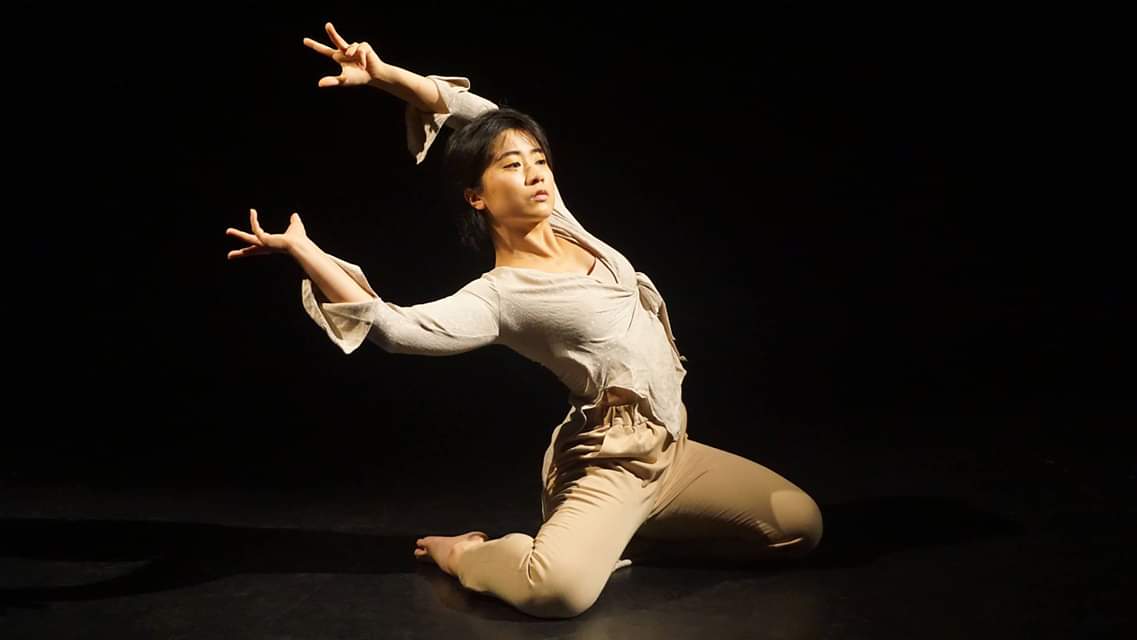 The body brings forth movement, as buds bloom from the ground. Energy erupts forming trees, forcing shoots to branches. Leaves dance in the air. Falling to earth, returning to nature.

Satoko graduated from the Rambert School of Ballet and Contemporary dance in UK. After she graduated, she had a chance to tour with Moving Visions Dance theatre lead by Dr.Ross McKim. She also performed The CREATION by Mark Baldwin with Rambert Dance Company. She performed COR-02 with Oniin Dance Company at Harkness Dance Centre in New York, USA. She has worked with following choreographers: Kerry Nicholles, Xiaoqiang Cai, Kiki Soh, Edouard Hue, Arielle Smith and Julien Desplantez. She has been invited to perform the duet piece “UIRO URI” at New Dance for Asia Festival in South Korea in August 2018 and Fukuoka Dance Fringe Festival (FDFF) in January 2019. She performed her solo About the leaves at Lourdes Dance Festival in Lourdes, France. In February 2019, she has got an opportunity to perform About the leaves at the Place theatre as a part of Resolution Festival in London, UK. She collaborated with the costume and lighting designer, Matilda Eldon McCaig. Recently, she performed at V&A museum Friday Late event with the Yonis.